Lalitpur Metropolitan City (LMC), in collaboration with Urban Dabali of Centre for Integrated Urban Development (CIUD), organized an interactive program and also as a webinar on “Stone Spout Conservation, Rainwater Harvesting and Groundwater Recharge”.  The webinar was hosted by Nepal Research and Education Network (NREN), which is the technical partner of Urban Dabali. The program was focused on the ward chairmen, members and senior staffs of LMC.

Mr. Padma Sunder Joshi, Habitat Program Manager, UN-Habitat, shared the history of stone spout system in Lichhavi and about how it had flourished during the Malla dynasty. He explained the science of traditional water system and its components like stone spouts, the underground water channel, ponds, water canals (Rajkulo), Jaroo, natural reservoir,  etc. and how they are linked to each other from start to end users. The mechanism of the water management is very significant and well managed in those periods. He put stress and emphasis on conserving whole water system ancient technology not only to revive the ponds or face of the stone spout in the Kathmandu Valley, but also to secure the water sources for the urban people of the valley. The system is very scientific, technically sound, sustainable reaching wide range of people and benefiting to nature, animal, ecological balance and agriculture aspects.

According to Mr. Joshi’s researches, entire ponds and hiti system of the Lalitpur Metropolitan City rely on the 16 KM long Rajkulo derived from Tika Bhairav to Lagankhel. So this canal must be revived to restore the ponds and Hiti, (stone spouts) of the LMC.

Similarly, Mr. Sudarshan Rajbhandari, Program Director at CIUD, presented the alternative solution for the increasing demand of the water in the valley. He shared how simple and low cost technologies such as rainwater harvesting and groundwater recharge could ensure the sustainable sources of water. He shared some technical intervention and their cost along with CIUD’s previous interventions of similar technologies and the immediate and long term impacts. 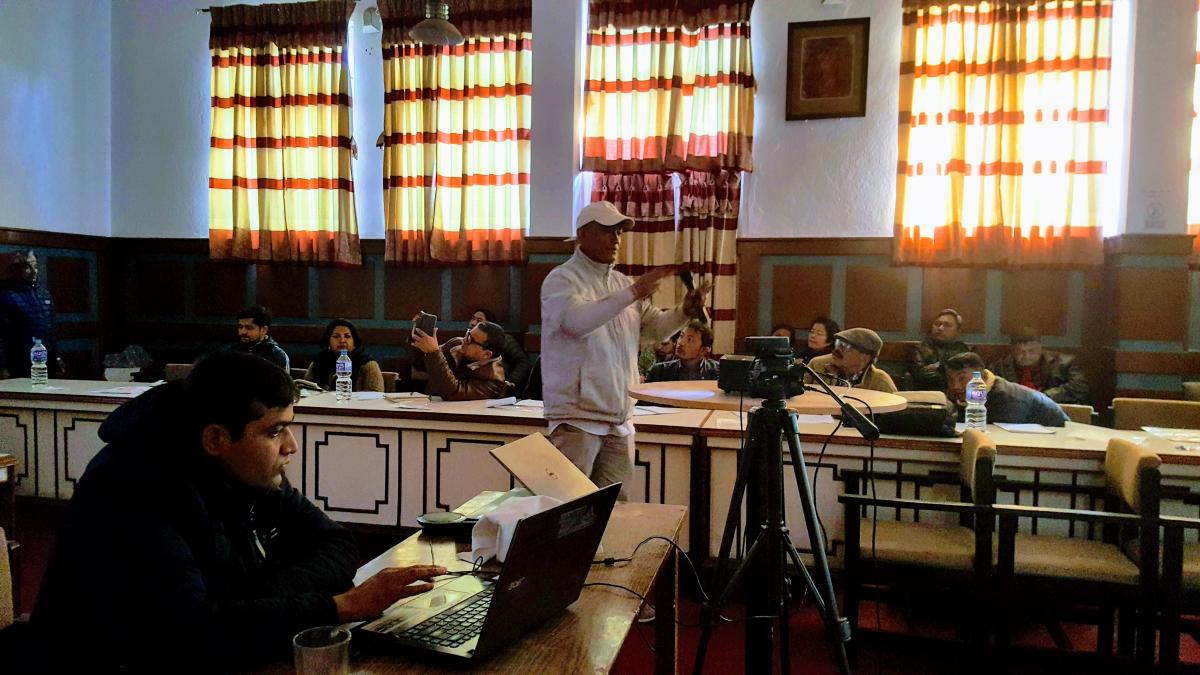 Mr. Chiribabu Maharjan, Mayor, LMC, who was also present in the program, expressed his concern and showed his strong commitments on the conservation of the rich heritages like stone spout systems and ponds and conserving intangible linkages of heritage in Lalitpur Metropolitan City. He also mentioned the Saptapatal and its progresses. He has committed to allocate budget for restoring some of the ponds in the  core areas of the metropolitan. 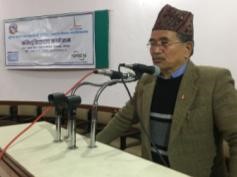 Ms. Gita Satyal, Deputy Mayor, LMC thanked all for the participants and expressed her commitment to conserve the water related heritages inside the Lalitpur Metropolitan City.

In his concluding remarks, Mr. Bikash Karki, Chairman of ward number 24 and Coordination Committee Chairman, who also chaired the program committed to seek support to conserve those heritages? He also thanked resource persons for their wonderful presentation, thanked media for the coverage, CIUD, NREN for the coordination and all the participant for their valuable participation and inputs regarding the conservation. 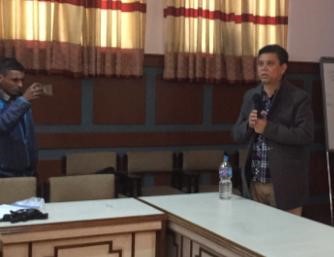 The program was conducted in the Local Development Training Authority (LDTA).