Training was basically focused on making students more aware about the Risk, what is the risk? Why we need to identify the risk? What is seasonal calendar?  How does it help us? Also how to trace this risk in the map? The program also highlights the importance of Driniking water safety during the monsoon and using of P/A vial test kit, too and Later the findings from the students it had to be disseminated in presence of Ward Chairman/members, School Management Committee, KMC Education Department and KMC Heath Department for their commitments and plan of action to minimize the RISK to the soonest. It is also a SOCIAL TRIGGERING tool. 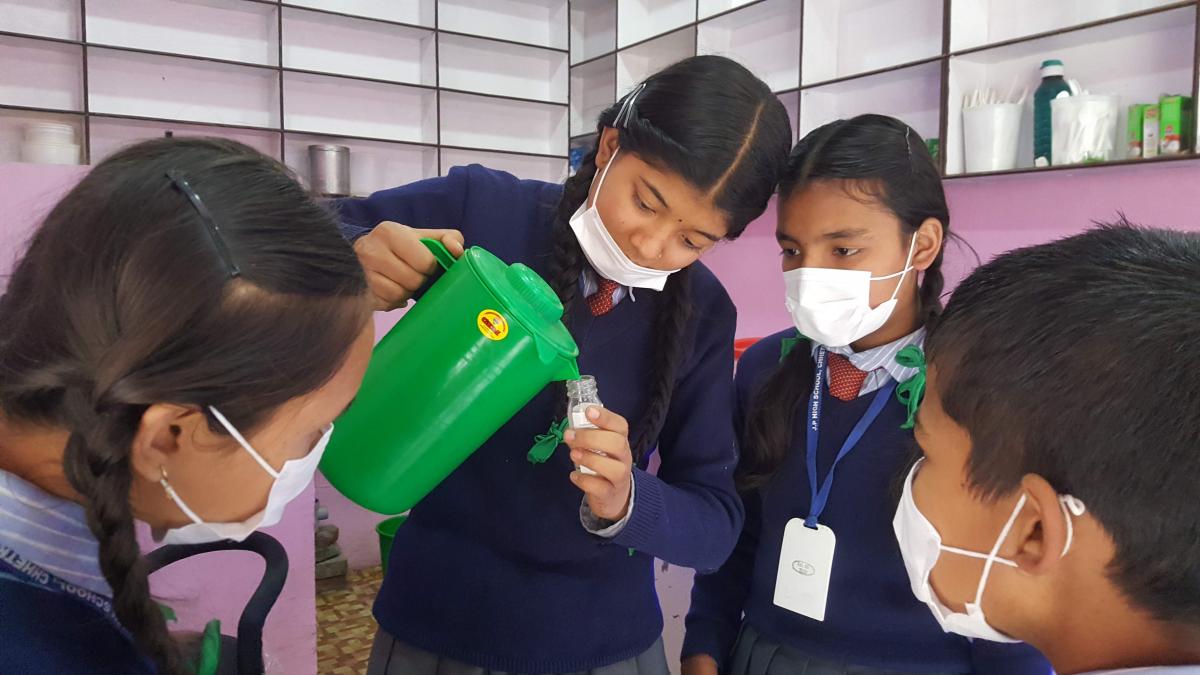 With this motive the students are asked to identify the type of risk and challenges they face every day in the school and in between way to home, to school. After the identification of risk they were exposed to they were taken to the field as a Transit Walk to point out the risk factors in the map and water quality test (using P/A vial test kit) of the food vendors, food restaurants etc. where they buy from. Therefore, they need to trace that risk and the WQT result in the final MAP. During 5 days training period including Transit Walk, the students from J.P high school were absolutely beyond my expectation, the active participation and their interest in the program were very sincere, I was pleasantly surprised with so many hidden talents I have explored in J.P school.

The total 30 participants with 16 Boys and 14 Girls was from grade 7 who were trained on UCCRM. They were very excited to learn about risk, mapping and sample collection which were new to them and fun in learning. During the training period the teachers had also supported to motivate them. The program was getting good response from all the students. Some students are happy to learn about the mapping while for others water quality testing was complete new chapter. During the program students also shared the risks that are personal to them such as sexual abuse, bullying and maturational issues. The program is designed in such a manner where every students gets chance to participate and share. We also celebrated Universal Children’s Day on 20 November 2018. 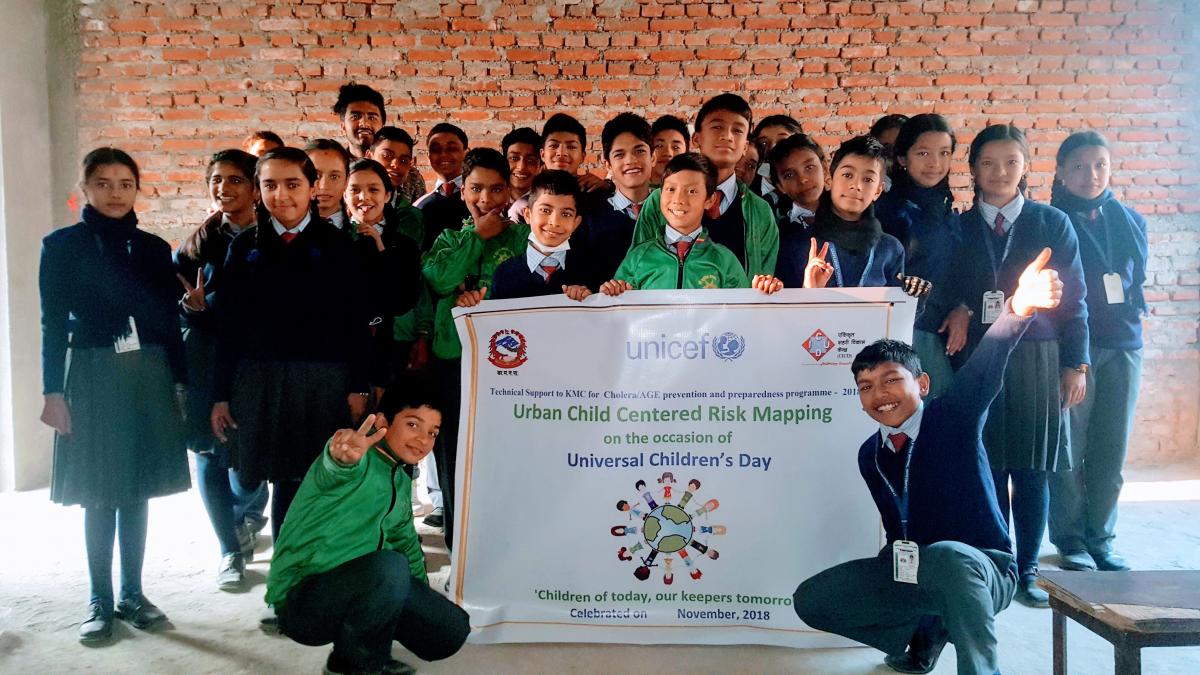 These (30) trained student surveyed the Risk POLL in their school where 265 out of which 129 were boys and 136 were Girls.

If we see the findings result from RISK POLL, we see that more than 50% student encountered by Street Dog which is the major challenges while walking from home to school every day. After this, more than 25% to 40 % of the students feels challenging, they are Kidnapping (mentally distraction), Air Pollution, Earthquake, Road Accident and Fight.

The final product “RISK – MAP” was shared in presence of ward officials, school management committee and teachers at ward level. After it was also disseminated in the Municipality Level Dissemination in presence of all the ward chairman, head of District Coordination Committee, head of Department of Public Health Kathmandu Office, head of Kathmandu Metropolitan City Departments from Education, Health, DRR and Environment, and program implemented school student and teachers department and working partners (CIUD, ENPHO, MINERGY, YUWALAYA) under Cholera program funded by UNICEF in 2018

In short I would like to say that J.P high school is not only a school with history but school with Quality and it was well reflected during the program we have conducted.