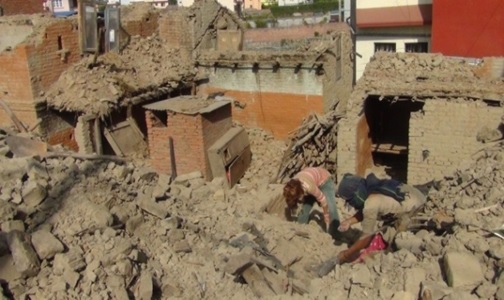 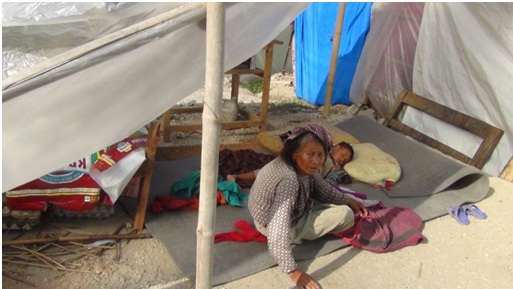 There were no any temporary toilets or similar facilities in that narrow shelter which was soon crowded with the other earthquake victims. Prem Bahadur, a sixty-one-years-old farmer, found it very inconvenient living in that emergency shelter as his family consists of his sister, a daughter-in-law and two teenaged granddaughters. He felt that the shelter was absolutely unsafe and unsecured too.

Although within the capital city, he and the other earthquake victims in his area of Tanagaon were neglected by any relief agencies until CIUD team arrived with some immediate supplies including food, medicine and water. The homogenous community of Tanagaon was socially excluded and, so they were literally ignored before and even after the disaster.

The series of quakes had also damaged the community’s only water supply scheme and made them deprived of drinking water.

Soon the technical team of CIUD made a quick survey for the construction of semi permanent shelter for the thirty five families. After the close consultations with the community people and the detailed survey, CIUD started to build shelters for all the thirty five families and six common ready-to-install toilets. Prem Bahadur stepped forward to provide all kinds of support and coordination. 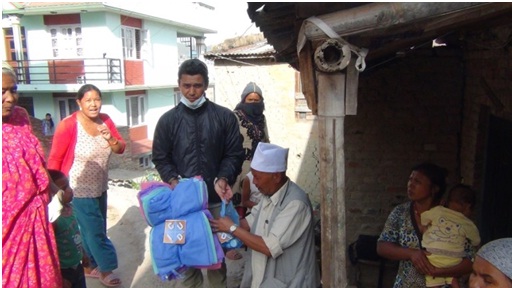 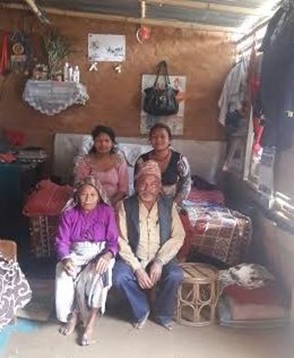 He says,” I was fully engaged in building the shelter and providing all kinds of co-ordinations. Because the shelter was semi permanent and needed to be made soon, the materials used in the construction were zinc sheets, bamboo, plastic sheets and steel wires and wooden frames for windows and doors.”  “It took about fifteen days to complete a single floored house with four chambers. As soon as it was made, we all moved into the house and felt relieved, comfortable and secured”, he expressed his gratitude.

“With the zinc sheet roofs, it is very cold in winter and extremely hot in summer. Moreover, in winter water trickles down inside the house all the time. It would be better if we had tarpaulin foam to fix it in our ceiling,” he expressed.

Showing a newly constructed overhead water collection tank, Prem Bahadur requested CIUD to support them by providing a filtration system. He said that as previous water supply has been partially damaged, the newly constructed water scheme can provide us necessary water. We have a deep well nearby from where we uplift the water and collect in this tank.