Tanani is a typical newar community that is located in Brahma Tole-12, Teku, Kathmandu. It is a small “old Kathmandu” community that houses 40 families who deal with shortage of water throughout the year. “I would say not having enough water is our biggest problem”, says Sabin Maharjan, a local youth. A water connection from Kathmandu Upatyaka Khanepani Limited (KUKL), the premier water organization for Kathmandu exists in the community, but it’s been a while since anybody has seen water flow through it.

Tanani is a typical newar community that is located in Brahma Tole-12, Teku, Kathmandu. It is a small “old Kathmandu” community that houses 40 families who deal with shortage of water throughout the year. “I would say not having enough water is our biggest problem”, says Sabin Maharjan, a local youth. A water connection from Kathmandu Upatyaka Khanepani Limited (KUKL), the premier water organization for Kathmandu exists in the community, but it’s been a while since anybody has seen water flow through it. Throughout the year, the residents of Ta: Nani rely on a centrally located shallow dug well to meet their daily water needs. When the water level in the well started going down few years ago, Ta: Nani’s existing water woes started to worsen. 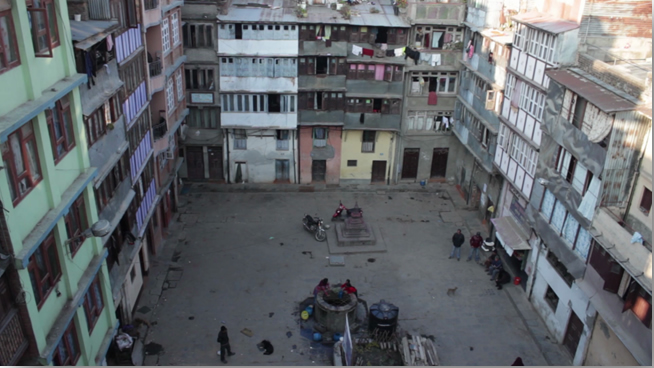 “We have been dealing with water scarcity for about a decade now, and it has steadily gotten worse over the years”, says Brihat Boswa, another resident youth. “Up until last year, during drier months viz. March, April, May, there would be so little water in the well that people would have to wait for up to two days to get a bucket of water. There were conflicts in the community because of that and it was very unpleasant,” he adds. Those who had the finances would buy from water tankers but for those who didn’t have much money, water scarcity meant a walk to the nearest functional water spout or well and that took up a lot of time and energy which would otherwise be spent on income generating activities. The community was looking for ways to deal with their water woes. That was when they found out about CIUD’s work on artificial Groundwater augmentation at a neighboring community Kuma Nani, Brahma Tole-12.

Center for Integrated Urban Development (CIUD), a local NGO that has been championing Rainwater Harvesting in Kathmandu valley for various years, worked as an implementation partner for UNDP/SGP/GEF funded “Invaluable Kathmandu- Recharge Kathmandu” project. During the implementation of the project, CIUD constructed various rainwater recharge structures in Brahma Tole and one of them was in Kuma Nani, an adjoining community in the same area. Sabin Maharjan and Brihat Boswa heard about it and went to observe the work there. “It made a lot of sense. For years, we had been taking water out of the ground and not putting back any. Now that there are so many houses, and most of the open spaces are paved, all the rain water that falls from the sky goes down the drain. Obviously there will not be much water in the ground”, Sabin comments. Once they saw CIUD’s work at Kuma Nani, they realized that they needed something similar at Ta: Nani. Soon after, they mobilized other youth in their community, organized fund raising events and started work to construct a rainwater recharge pit. There were issues: their design had technical flaws and the community ran out of funds. They approached CIUD for technical and financial help. CIUD gladly obliged, and helped them construct a recharge system at their place.

Ta Nani has a catchment area of 1302.98 sq. m. and with an average rainfall of 1600mm of Kathmandu Valley, 1.6 million L of rainwater that would have otherwise been wastewater was diverted into the 35 ft deep recharge pit in 2012. In the grand scheme of things, the volume of water that was recharged was not too significant, but that little volume was put in has started to show a positive effect. The dug well that usually would be almost dry by mid winter has plenty of water in it this year. Due to that, residents haven’t had to go anywhere to fetch water as of this date and it’s quite enough for them to fulfill their daily needs. They have spent no money to buy water from tankers and they now have water literally steps away from their doorstep. “It’s been a great change. We haves saved some money and there were no conflicts in the community. I am glad CIUD agreed to help us and I would like to thank them with all my heart” Mr Boshwa said.

“With the population growing as it is in the capital, I think programs like this would really help Kathmandu deal with its water issues. It is amazing how this small scale effort has already made a difference and I think a collective effort would yield astounding results,” he adds. “I think the government should do more on promoting GW recharge. It’s very urgent and a large scale effort is needed. It will need government intervention,” Sabin Maharjan says.

Kathmandu faces an acute shortage of water every year and the authorities are running out of options on how to deal with it. The much anticipated Melamchi water supply project is still out of sight and Kathmandu’s water demand is growing exponentially alongside the skyrocketing population. The city’s water demand is 35 Million Liters /day and KUKL is only able to supply 33% of the demand. Dug wells like the one in Ta: nani, and stone spouts scattered around in the capital serve as means to bridge the demand- supply deficit but rapid urbanization combined with excessive GW extraction have taken a toll on these sources and they dry off by mid winter. Experts state that the water table of Kathmandu Valley is going down by 2 m /yr. At this rate, without any intervention, the future looks bleak for the Nepalese capital. Climate Change effects will exacerbate the situation. With this backdrop, CIUD’s intervention with the help of UNDP-Nepal /GEF/ SGP through the EDM initiative is timely. Due to the initiative, small communities like Ta: Nani are starting to see positive changes regarding their water situation and starting to embrace community water artificial groundwater recharge mechanisms as a tool to deal with their water woes.